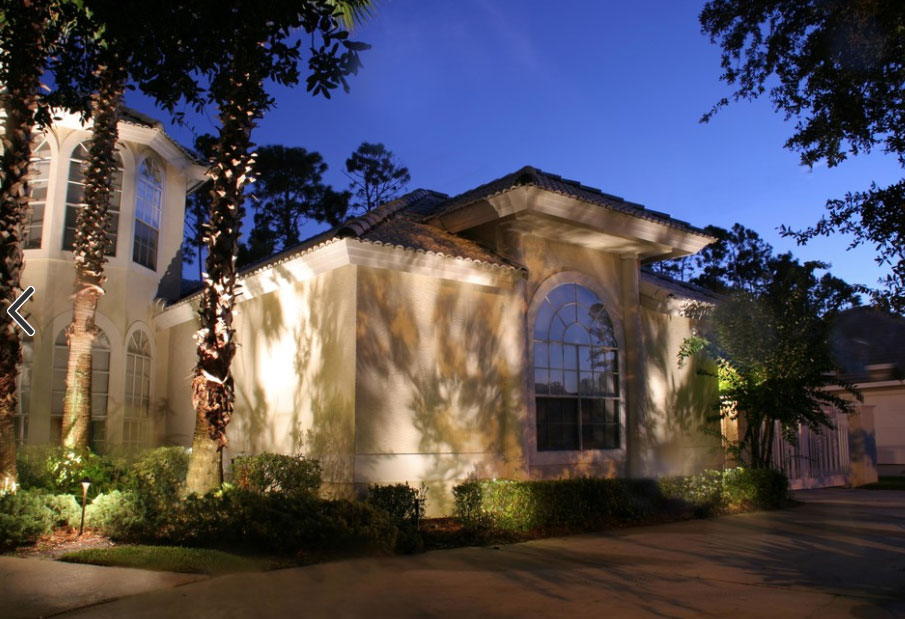 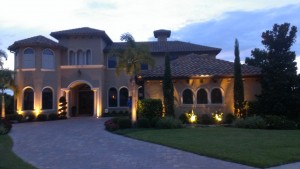 Over the past several years, LED lighting has gained popularity among landscape lighting contractors in Orlando and throughout the country. But some consumers still aren’t convinced that LED lighting is a good thing. They have bought into several myths about LEDs, which we’ll go about busting in this article:

1. LED bulbs aren’t as bright as incandescent lights – This myth is really based on inexperience or misinformation. Traditionally, a light bulb’s brightness was gauged by its wattage. That meant that a 60 watt incandescent bulb was brighter than a 40 watt bulb. LED lighting works differently. LEDs are more energy efficient, requiring less energy to produce similar levels of brightness.

When you’re talking with an outdoor lighting contractor about installing LEDs for your Winter Park home, find out how many lumens are recommended to achieve the lighting effect you desire and ask about the number of watts the LED bulb has. At Elegant Custom Images, we have one LED bulb that has 7 watts with 400 lumens. We also have a brand new 7 watt bulb that just came on the market with over 500 lumens. Other outdoor lighting contractors have 10 watt LEDs that produce 400 lumens. It’s in your best interest to ask lots of questions when you’re interviewing contractors. And we also recommend American-made semiconductor chips for the LEDs because the quality is much better than what is produced overseas.

2. All LED Lighting is bluish white – Many people are under the false impression that LED bulbs only come in one color – bright white with a bluish tint. That was certainly the case when LEDs were first introduced. In addition, these early bulbs dimmed within 6 months to about 60 percent of the original lumen output. Waiting for high quality products in the market has paid off tremendously for consumers. Now, LEDs come in a wide range of color temperatures which determine the color of light, and can create beautiful outdoor lighting effects. When it comes to Orlando landscape lighting, most homeowners go with a pure white LED light. Warm white is also used occasionally, while bluish tinted bulbs are best used underwater to great effect.

3. Outdoor lighting with LED bulbs is expensive – This myth is true only if you consider upfront costs. LEDs are more expensive initially. But over the lifetime of your landscape lighting installation, LEDs save you money because they use much less energy to operate than other lighting options. Plus, LED lighting generally lasts longer, so your replacement costs will be reduced. In general, we’ve found that changing out a current landscape lighting system to LED can pay off within three years. The bulbs are rated at 30,000 hours, which means they can last 20 years when used four hours a day. If you’re going to invest in LED lighting, make sure you get high quality products to ensure you get the best return for your money.

Curious about LED lights for your Orlando or Winter Park home? Please comment in the box below or better yet, give Elegant Custom Images a call at 321-271-7822.